Over the last several years we have sold many pairs of alpacas as herd guards for sheep, goats and chickens. We have lots of happy clients out there whose stock losses to foxes has been significantly reduced due to the excellent abilities of alpacas to deter, in particular, foxes.

Alpacas always work best in pairs, well maybe I should change that to “almost always”! This is the rather unusual story of Pedro. Pedro is a white, 7 year old, 90kg, very alert, halter trained, desexed male. Despite his size he has always been easy to handle and cooperative when being drenched, having his toenails cut or any other of the husbandry tasks that require his cooperation. So when a local family were looking for a herd guard for their small herd of goats we immediately picked Pedro. We knew he had the traits which would make him an excellent guard, he was extremely alert and always watchful.

As is our normal practice we matched Pedro up with another suitable alpaca to commence his guarding duties, however Pedro had other ideas – he was definitely not happy with the buddy we had chosen. Working closely with his new owners we decided to remove Pedro’s buddy and as Pedro seemed happy and relaxed with his pregnant female goats, we decided to leave him there whilst we all considered what would be the best solution.

Pedro had been guarding the pregnant female goats for about 6 weeks before the first kid was born, earlier than expected. Pedro was intrigued with this new addition to his paddock. As expected he was alert and focused on watching the little kid. He has proved to be gentle and inquisitive and keeps the kid in his sight at all times but especially when the mum wanders off to feed.

So although I never thought I would say it, there are indeed the occasional situations where alpacas are happier guarding on their own and Pedro is one of these rare alpacas.

Another two kids have been born and Pedro continues to watch over them and ensure they are kept out of harms way. 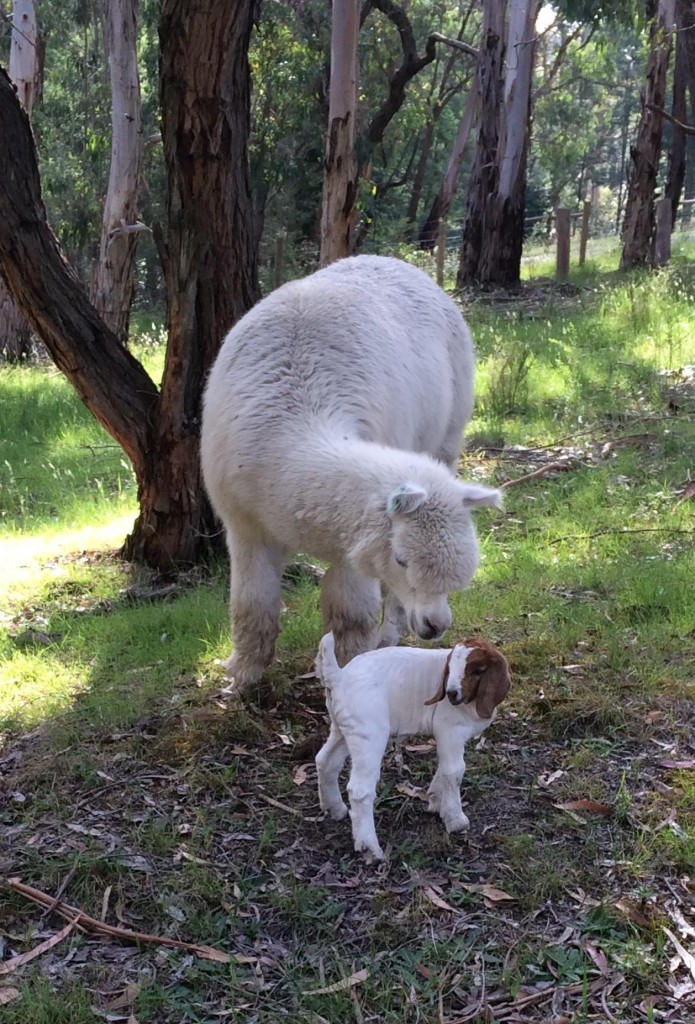 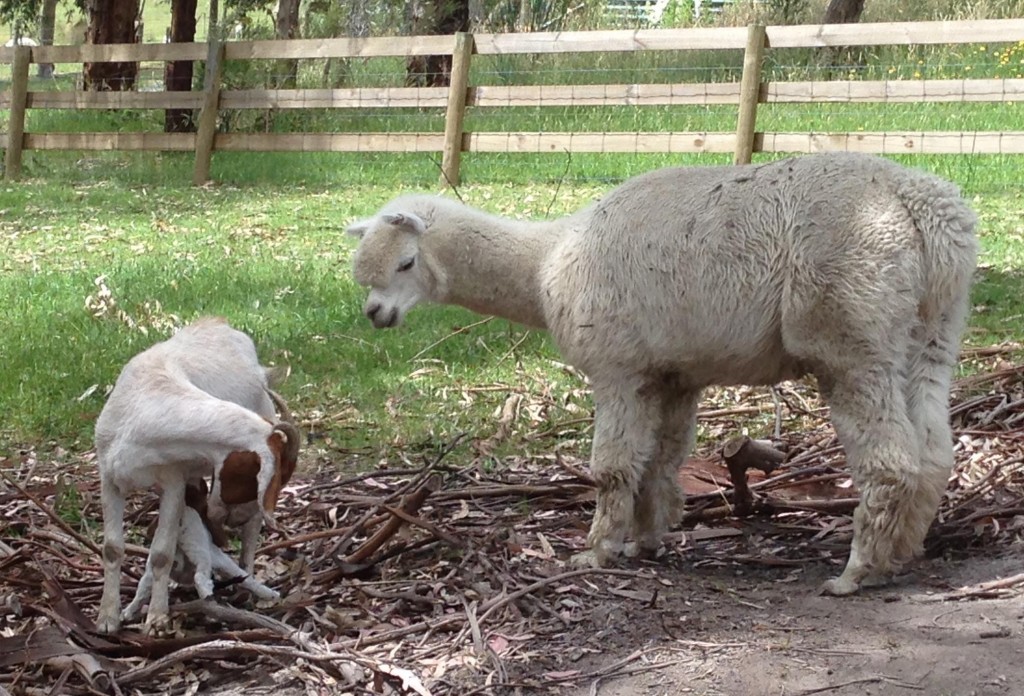 Pedro checking out what the little kid is doing under his mum!!

Kid checking Pedro out too!

The family also decided to keep Pedro’s ex buddy- Eddie, as a pet, in a separate paddock. They have recently purchased a third pet alpaca Hugh, Eddie and Hugh are already good friends. 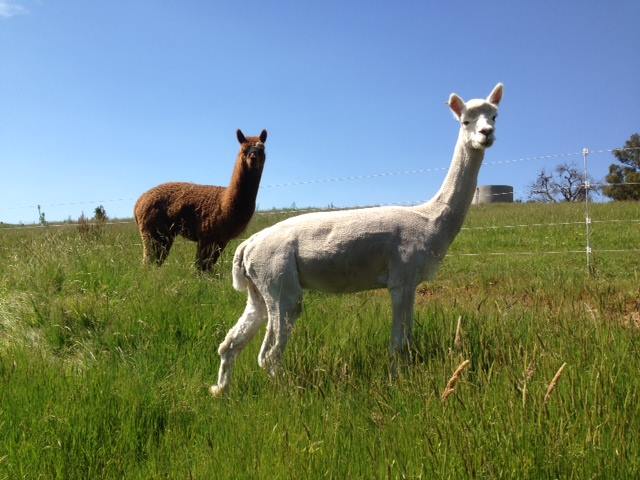 Eddie with his new friend Hugh

It is important that the two alpacas that you choose for the job are well matched.

The sex is not important, both females and desexed (wethered males) are suitable.

The important issue to be aware of is the behaviour of each alpaca. Alpacas work best as guards when a dominant animal is matched with a more submissive one.

At Auravale Alpacas we spend many hours watching and working with our alpacas and have a detailed knowledge of their individual behaviours and family traits. When placing alpacas as herd guards we have always matched the pairs carefully, ensuring that there is a dominant and submissive alpaca in each pair.

We would be more than happy to provide more information to anybody that may be considering alpacas as guards.