We were delighted to take out our second Supreme Huacaya for the year-this time with Goldleaf Vintage Burlesque who also won Best White and Champion fleece- she is a credit to Brett Fallon and Keith Doyle from Goldleaf Alpacas and we are pleased to have her as part of the Auravale herd.

All Auravale animals received a ribbon. Congrats to Chakana Blue for their Supreme Suri and Champion fleece awards. Thanks to the organizers for putting on a delightful show and to the judges Andrew Munn on Fleece’s and Dean Ford on halter classes for their comments. Loved our new chopping board trophy!!!! 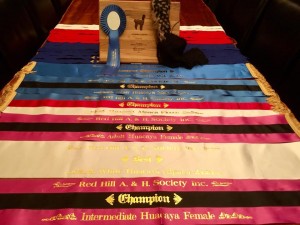 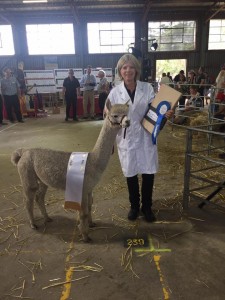 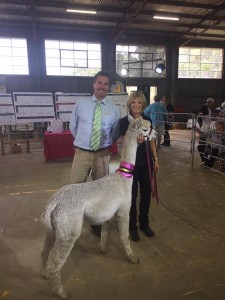 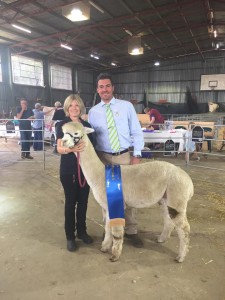 This entry was posted in Show Results. Bookmark the permalink.